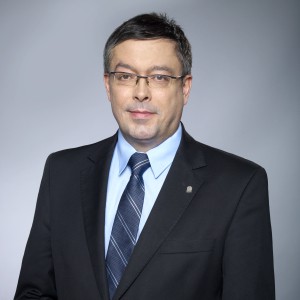 In the past, he was an advisor of the Minister of the Environment, he was also the head of the political cabinet of the Minister. In the years 2000-2001, he worked in the Chancellery of the Prime Minister, as an advisor to the Secretary of State, Government Plenipotentiary for the United Nations Climate Convention.

Mr. Michalski is involved in voluntary work for ecological organizations, among them the Association for Poland’s Sustainability.

Mr. Michalski has been participating in scientific research conducted by the Environmental Resources Assessment and Appraisal Work Group (Warsaw University of Life Sciences). He is an author or co-author of several scientific publications.

He has completed numerous training courses, among others, project management course, series of courses for the employees of the institutions involved in the implementation of the European Union funds and for beneficiaries. He had been an organizer or co-organizer of many national and international conferences and seminars.