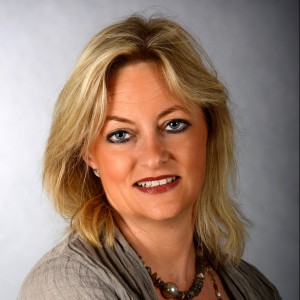 Heike Rüttgers is Head of Development & Impact Finance within the Lending Directorate at the European Investment Bank (EIB), where she has been working since 1995 on a broad range of lending transactions covering sovereign, corporate lending as well as credit lines and structured finance deals in West and Northern Africa and in the Indian Ocean region.

Between 2011 and 2015 she headed the Portfolio Management and Policy Division of the ACPIF Department (Africa, Caribbean and Pacific), dealing with all non-operational matters such as the operational and financial management of the ACP Investment Facility, any other policy or strategy matters as well as institutional relationships with stakeholders and visibility. She took on her present post in 2015 in the context of a general reorganisation of the lending directorates, now looking after the implementation of all developmental mandates outside the EU.

An agricultural economist with an MBA, Ms Rüttgers, started her professional career as a consultant for SME Promotion and Entrepreneurial Training at LUSO CONSULT GmbH in Cologne, developing and implementing programmes mainly in Africa, but also Central Europe and Central and Southern Asia.
She is German and apart from her native language she also speaks fluent English, French and Greek and some basic Italian and Spanish.

The EIB has over 50 years’ experience supporting EU development policies in Africa, with over 17 billion euros invested in more than 1,300 projects. The EIB is committed to supporting the central objectives of ACP-EU co-operation, notably development of the private sector and long term sustainable development and poverty reduction, as mandated by the EU Member States.

As the world’s largest multilateral borrower and lender, the Bank provides finance and expertise in Africa for sound investment projects which contribute towards achieving rapid and sustained job-creating economic growth, developing the private sector, increasing employment, improving access to productive economic activities and resources. The EIB also actively encourages regional integration as well as the integration of the African economies into the world economy, mainly by investing in intra and inter regional infrastructure and by stimulating linkages between global economies and African countries.

As the only multilateral financing institution engaged in both Europe and outside, the European Investment Bank is uniquely positioned to increase engagement and pass on sector expertise. Guidance from the Bank’s dedicated technical experts and sector specialists working on similar projects around the world ensures effective support for long-term investment. The EIB engagement as a long-term lender to projects in Africa improves infrastructure and addresses both the investment gap hampering small business growth and strengthens future lending by local institutions.
The EIB works closely with other multilateral lenders, national development finance bodies and private bodies. Close cooperation with member state bilateral development finance agencies, as well as the European Commission and the European External Action Service, supports broader European engagement in Africa, and enhances the effectiveness and impact of EU finance for sustainable development in the regions.