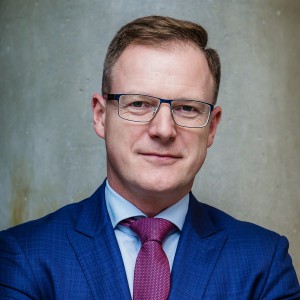 With years of experience in the aviation and defence sectors, Krzysztof Krystowski is a manager specializing in the issues connected with economic innovativeness and competitiveness.

He has many years of experience in managing both state owned and private sector companies. He has also held important positions in public administration and organizations associating entrepreneurs. Currently he is the President of the Polish Cluster Association, President of Silesian Aviation Cluster as well as Vice President of the Employers of Poland, the oldest employer organization in Poland.

In 2012-2013 Krzysztof Krystowski held the position of President of the Board of Bumar Group, and then of Polish Defense Holding. From 2006 – 2011 he worked as a manager in Avio Group - global company in the aviation industry.

He also was a member of the Central Council of Polish Confederation of Private Employers Lewiatan, a member of National Ecological Council at President of Poland’s Office as well a member of the Defense Industry Council by the Minister of National Defense. From 2004 – 2006 he was Chairman of the Board of the „Center of Innovation” Foundation FIRE supporting innovative small and medium sized companies.

From 2003 – 2006 he held the role of Vice Minister in the Ministry of Economy, Labour and Social Policy (later in the Ministry of Economy and Labour). He was responsible for economic competitiveness and innovation, supervision of research and development units, Patent Bureau of the Republic of Poland, as well as for reorganization of the military and aviation industry and for offset.

Krzysztof Krystowski was born in 1972. He is married with three sons. He graduated from the Wrocław University of Economics, Polish Open University and Oxford Brookes University (MBA). He also obtained his PhD from the Warsaw School of Economics.