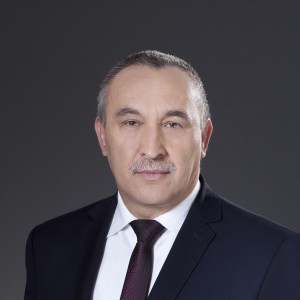 Marek Chibowski has served as a CEO of Xcity Investment sp. z o.o. since November 2016. Prior to that he was a Board Member of the company.

Marek Chibowski has a good track record with the state authorities as a former General Director at the Ministry of Transport and Maritime Economy (1993-1994), director of the Minister’s Cabinet at the National Security Bureau, Chancellery of the President of Poland (1994-1996) and general director at the Ministry of Treasury (1997-2000). His experience covers local authorities, too, with a position of Deputy Mayor at Halinów City Hall between 2003 and 2006 and a Municipal Office Secretary in Warszawa Wawer between 1996 and 1997.

In the period of 2000-2002 he was a Board Member of Przedsiębiorstwo Budownictwa Wodnego (Hydroengineering Enterprise) while between 2006 and 2008 he worked as an Investment Director at Port Hotel, a subsidiary of PP Porty Lotnicze focused on construction, implementation and management of hotel projects in Poland. Next, Mr. Chibowski was appointed as CEO of Przesiębiorstwo Budownictwa Wodnego w Warszawie S.A. (2008-2015), with his responsibilities covering supervision and implementation of investment projects. Between January and June 2016 he was an acting CEO of Poczta Polska (Polish Post), appointed to the position by the supervisory board.

Since January 2016 member of Poczta Polska S.A. Supervisory Board. In the past he sat on Supervisory Boards of Huta Cynku i Ołowiu (Zinc and Lead Mine) in Miasteczko Śląskie, Wydawnictwa Szkolne i Pedagogiczne (School and Teachning Publishing House) and Pekaes S.A.