President of the Civil Aviation Agency (CAA), Piotr Samson, provided the WNP.PL with an assessment of the dynamic development of the drone sector. We talked about the growing number of operators, about certification authorities and the Central European Drone Demonstrator (CEDD).

• Legislation has to keep up with the development of unmanned aerial vehicles. In the opinion of President Samson, it is important to match the dynamics and expectations of the environment and airline companies.
• The CAA changes its regulations concerning examinations and certification of drones. Simple rule - do not limit the development of drones, delegate decisions to lower levels. It will resemble the case of Provincial Traffic Centers (WORD).
• The President also does not rule out “a possible” future scenario in which the local governments play a role in the administration of airspace. A lot depends on the further development of this sector.
• Drones will be one of the themes of the European Economic Congress, a forum for economic discussions and debate.


The drone service market is developing dynamically. Is the CAA prepared to fulfil its role? Look at the increasing number of applicants for certificates of competence authorising an operator to perform commercial flights.

Piotr Samson, President of the Civil Aviation Agency (CAA): - A tangible element of changes is the fact that work at the CAA is zhe process of reorganization. Three years ago unmanned aerial vehicles were dealt with by a faculty of two people, now they are the responsibility of a separate Department. The importance of this issue in our work has increased significantly. 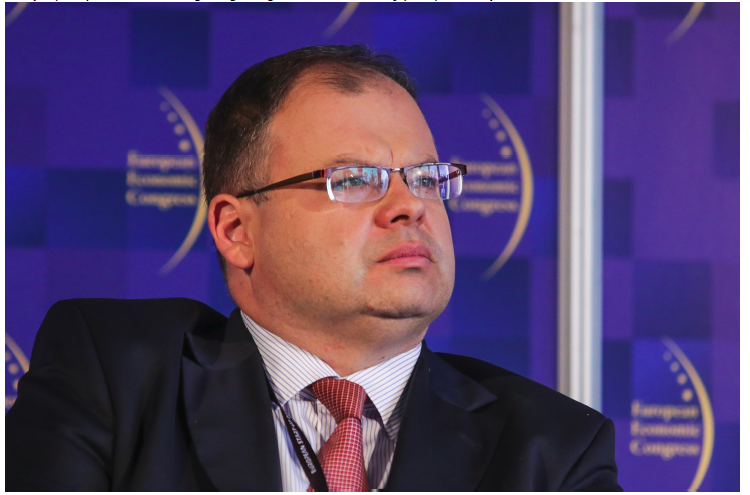 President of the Civil Aviation Agency, Piotr Samson, has been the head of the office for several years. He has been professionally involved with aviation since 1993 (photo: Dominik Gajda/PTWP)

We are striving for more resources to increase our capabilities. This results from the obligation, for example, of the registration of drones, which will be required by the EU in approximately 12 months and general supervision over the security of the growing number of operations and the issue of certificates of competence.

It results in changes in the law, right?

- Right. So far, all examinations for drone operators (required for commercial flights) were carried out by the CAA. It's going to change now, because the number of people eager to obtain such rights is growing rapidly. The scale of trainings is growing. At the moment we are still issuing certificates of competence, although their number has increased dramatically.

We have therefore modified the system of registration and supervision of certification centers in which operators are trained. Soon the centers will conduct examinations themselves, and this will eventually eliminate the bottleneck caused by the CAA’s human resources.

Provisions gave us the opportunity to use the internal examination held in a registered training entity in substitution for the state examination. This only applies to VLOS licenses up to 5 kg. This is included in the provisions of the new Regulation on Beyond Visual Line of Sight flights (BVLOS). (This is an aerial operation in which an unmanned aerial vehicle is remotely controlled by the operator. The drone flies, as the name suggests, beyond the visual line of sight of the operator - ed.)

How many of such training centers will operate? Do you estimate this scale?

- There are currently 91 training centers and this number is increasing. I believe that it depends on the market and its development. In my opinion, it’s pointless to limit this scale in a top-down fashion. The role of the CAA is simple. We will set the requirements. Whoever meets them will be able to train operators. Allow me to use an analogy of Provincial Traffic Centers (WORD). Such a unit may be in every major city and that's what's probably going to happen.

The CAA's philosophy is simple. We want to support the system and eliminate barriers. How will the market of training and drone services work out? We leave it to the market.

If the number of provisions is to be kept to a minimum, how will the equation of security and bureaucracy work out?

- I will once again refer to the example from the new BVLOS regulation. We have introduced a provision that responded to the voices of the community, entrepreneurs from the unmanned aerial vehicle sector.

They concerned the obligation to report a flight three months in advance, which turned out to be simply unrealistic. We have shortened this period, at the same time remembering that we must have enough time to guarantee safety. Together with the Polish Air Navigation Services Agency (PANSA), we have determined that this period will be 7 days, and in some justified cases the flight will be able to take place immediately after the notification. This is the first example of our philosophy. The second is the previously mentioned delegation of training and examination rights.

This is to some extent linked to prevention of centralization.

- We could opt for centralization, but this would force us to acquire new resources. I could continue to insist and try to keep all rights to the CAA. But knowing that we do not have such resources, I would contradict myself and the system would get blocked. I have decided to compromise. The office does not block the system, but retains supervision over training centers.

Such a step provides us with an adequate level of security, while maintaining the vibrant drone sector. We used similar solutions in small aviation (general aviation - ed).

Can you tell us more about it?

- Of course. There are a lot of enthusiasts in Poland who design small airplanes. If someone wanted to design such a structure in Poland, it was necessary - at every stage of design - to come to the CAA for a stamp. This naturally slowed down the system, and the ULC does not have unlimited resources, as we have already determined.

We have introduced a solution that involves the obligation to certify such a design, but at the end of the construction. In the meantime, research centers related to aviation, e.g. the Institute of Aviation, Rzeszow University of Technology, Silesian University of Technology or other specialized entity, can accept the airplane design.

Do you see the role of local governments in this space, in this delegation of rights? I'm asking in connection with the airspace for drones in cities.

- I think that the scenario in which such rights are given to local governments is possible. Much will depend on the business model chosen for the market of unmanned aerial vehicles and drone services.

One thing is certain: someone has to supervise the whole process. When we talk about U-Space, the Central European Drone Demonstrator, the role of such a regulator will probably be fulfilled by the city president or other local government unit. They are the disposer of public space in the city. Supervision is established above 150 m. This role is played by PANSA. It is logically justified that the space up to 150 m will be coordinated by the local government. It might be best if this space was co-managed by cities, agglomerations and communes.

Nevertheless, I would like to point out that we are at the preliminary stage of considering these solutions. The Central European Drone Demonstrator (CEDD) will also test these solutions. We will develop the best cooperation models for the sake of drones, aviation, economy and local government in the area of Upper Silesia.