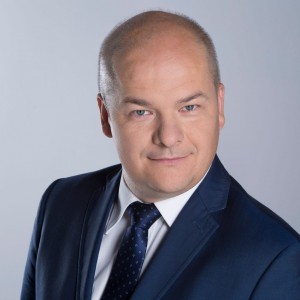 Mr Nowakowski has been active in Plock municipality for many years. Initially employed as a teacher in one of the local high schools, he was subsequently elected to become in 2002 the member of the local Municipal Council. He actively participated in the proceedings of the City’s Commission of Treasury and Budget.

During the term 2007-2010 he was elected to become the Member of the Polish Parliament. As the MP he was always willing to help to overcome the local issues and problems and actively lobbied for our city to be included in all major state-planned programs for regional development.

In 2010 during the local election Mr Nowakowski won the support of the citizens of Plock and become the Mayor. His energy and devotion to develop our city was clearly appreciated during the last local election – Mr Nowakowski won the election with a large margin over other candidates and was elected for the second term as the Mayor. During his terms in the office Plock has been changing into a better city, widely regarded as one of the leading municipalities actively using modern tools to procure required funding for development and modernization programs of our city.

His devotion to the idea of municipal self-government was demonstrated through various activities aiming at knowledge-sharing helping other Mayors to overcome difficulties they face.