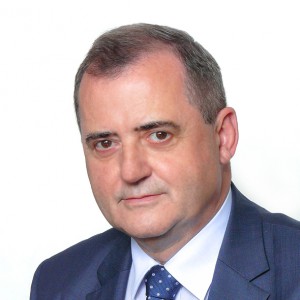 Leader of the Project Future Industry Platform at the Ministry of Entrepreneurship and Technology
Founder of Initiative for Polish Industry 4.0

Andrzej Soldaty has a major experience in the field of industrial automation. In the years 1986-1990 while managing the Robotics Department at ROBRA "Chemoautomatyka" he participated in the development and implementation of industrial robots’ applications in chemical industry. Since 1991 he worked for Festo, the global supplier of solutions and components for industrial automation.

During this period he participated in working-out the automation solutions and realized automation projects in various sectors of industry. He contributed to the development of Festo subsidiary in Poland and has also conducted international projects in Central and Eastern Europe.

In 2016 Andrzej created the "Initiative for Polish Industry 4.0" - a social movement which brings together representatives of industry, business and science. In 2017 he was invited by Polish Ministry of Economic Development to lead the government project, which is about to create body supporting transformation of the Polish industry to the level Industry 4.0.