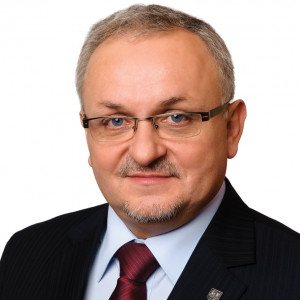 Arkadiusz Czech since 2006, the mayor of Tarnowskie Góry.

He graduated from the Silesian University of Technology in Gliwice in technical physics. He continued his education at post-graduate studies in education management at the University of Economics in Katowice. Arkadiusz Czech for many years was a physics teacher and deputy director of Stanisław Staszic High School in Tarnowskie Góry .

In recent years, there have been many important investments in the city, including a modern sewage treatment plant with a sanitary sewage system in the whole city (PLN 300 million), a modern bus station, the bus fleet has been completely replaced, nearly 30 new sports and recreation facilities - including a multifunctional sports hall, 72 new communal flats, the revitalization of the old town and the inclusion of the entire city with the spatial development plan.

In 2017, the Historic Silver Mine along with other post-mining nadmarks in Tarnowskie Góry were included in the UNESCO list.