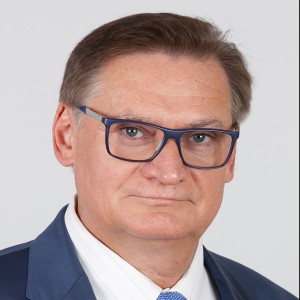 Present position:    Dean of Postgraduate Medical Centre in Warsaw Medical University (WMU); Head of the Department of the Prevention of Environmental Hazards and Allergology; Head and Allergology and Clinical Immunology; Member of the Scientific Council of the National Institute of Public Health  and Polish Mother’s Memorial Hospital Research Institute,   member of planning group of Global Alliance against Chronic Respiratory Diseases WHO, v-president of National Council of Geriatry and Gerontology.

Past: expert of Polish Parliament, Chairman of the National Council of  Senior’s Policy, Head of the Coalition on Healthy Aging in Poland Chairman of the  Committee on Priorities of Public Health during the Polish Presidency of the EU Council (2011), National Consultant for Public Health (2012-2014);President  of the Polish Society of Allergology (2012-2015).;   V-ce president of  GA2LEN Executive Committee; President of the Polish Association “Civilisation Hazards and Public Health”(2007-2011),   deputy President  of  the Polish Environmental Medicine Society (2007 -2009), Director of the Central Teaching Hospital WMU (2001-2002),   Scientific Director of the Rheumatology Institute (2010-2011), Director of the University Environmental Health Centre WMU (2009- 2012), Vice Dean for the Public Health Division (2002-2008), Chief of Political Cabinet of Minister of Health (2002-2003).