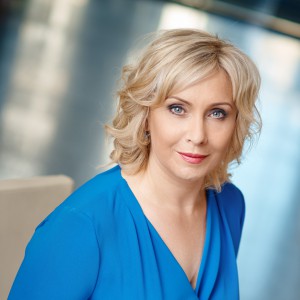 Since February 2017, Ewa Małyszko has been the Chairwoman of the Board of PFR TFI SA, the Polish Development Fund Group. She is an economist and she has completed two postgraduate courses in Pension Fund Management and Quantitative Methods in Financial Market Analysis at the SGH Warsaw School of Economics. She is also a graduate of the prestigious Programme for the Executive Development of Senior Management at the IMD Institute in Lausanne and the Organization Management Program at the Wallenberg Institute in Sweden.

She has many years of experience in establishing and managing financial institutions. From December 2011 to February 2017, she was the Chairwoman of the Board of PKO BP BANKOWY PTE S.A. Before that, she was the Vice President responsible for operating activities and finances at KGHM TFI SA, and between 1998 and 2008 she worked for SEB TFI S.A., first as the Vice President, and from 2001 as the Chairwoman of the Board. She is a member of the EFPA Polska Foundation Council which acts in support of financial advisory standards and she is an EFPA Polska Representative in the Standards and Qualifications Committee EFPA. She has been actively promoting long-term saving and modern pension schemes. Apart from her work, she has been involved in financial education.

Ewa Małyszko is a laureate of the Business Women Ranking organized by the Businessman Magazine and TOP 50 Best Managers in Poland. In 2017, she was awarded the title of TOP Professional by the Business Gate magazine in the "Best Manager" category. Repeatedly, she has been recognized by the Home & Market economic magazine as one of the most influential business women.