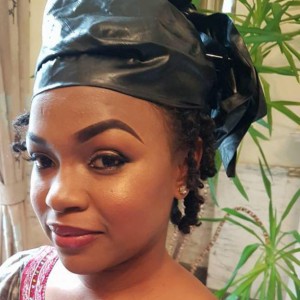 Fatoumata is the Programme Development Manager at the Justina Mutale Foundation. She previously served as Programmes Development and Implementation Officer at Exekutives for Development (EfD); and Country Manager representing Guinea and Burkina Faso for the “The MAMA PACK Project”, an initiative of the Rwanda Sisterhood Association, a Non-Profit based in London, which aims to contribute towards reducing the Maternal and Infant Mortality rate in Sub-Saharan Africa.

Fatoumata is a regular delegate and Panellist at International Forums, Conferences and Summits held around the world, among which the most recent include, the 62nd Session of the United Nations Commission on the Status of Women (CSW62) at the wings of the United Nations, where she moderated a Side Event on “The Power of the Media in Giving a Voice to Rural Women”. In addition, Fatoumata participated at the 30th Ordinary Session of the Assembly of the Heads of States and Government of the African Union held in in Addis Ababa, Ethiopia in January 2017.  She is also a delegate to the Gender Pre-Summit of African Ministers Responsible for Gender Affairs; the Gender Is My Agenda Campaign (GIMAC) Consultative Meeting and the 6th Citizen’s Continental Conference on Human Rights with a Focus on Women’s Rights in Africa, held in the wings of the African Union Heads of Government Summit in Addis Ababa, Ethiopia. She also served as a Lead Speaker at the Women Economic Forum held in New Delhi, India.