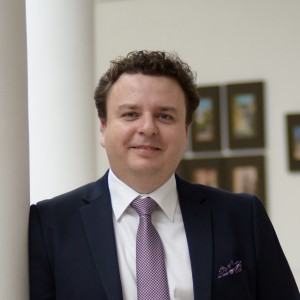 Position: Deputy Mayor of Płock for Development and Investment

Jacek Terebus was appointed as the Executive Director of Cifal Płock in 2016. He also holds the position of Deputy Mayor of Płock for City Development and Investment. Prior to this he worked for four years as the Mayor’s Representative in charge of strategic investments.

In addition, he also has a wealth of experience behind him in coordinating Płock’s Smart Development project aimed at assisting its residents in the use of the leading-edge urban technologies.

He is the author of a strategic document for the Mazovian Region called Regional Territorial Investments the goal of which is to support cities in terms of applying for EU funding.

Moreover, he currently operates as the Head of the Economy Awards Committee honouring business entities which excel in the field of CSR, innovation and human resources policy.

Mr. Terebus graduated from the Warsaw University of Technology receiving his MA degree with honours in the faculty of Engineering and Construction.