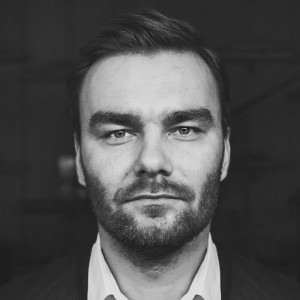 graduated from the Faculty of Architecture at the Bialystok University of Technology in 2005. He started his professional career in 2005 in the Danish architectural studio Bjerg Arkitektur A/S and he has been working at Kuryłowicz & Associates since 2011.

He is the winner of several architectural competitions, such as, the award for his graduation design in the competition „The new idea in architecture” organized by the Association of Polish Architects, he took the first place in the contest for the seat of the District Office in Garwolin, the award in the competition for a concept of the Centre of Modern Art in Białystok, the first award granted by portal Sztuka-architektury.pl in the Polish Architecture 2011 competition, in the greatest event category – a design of an energy-saving kindergarten in Żoliborz District, which was created in cooperation with the students of Faculty of Architecture Warsaw University of Technology.

He is also the co-designer of „Elverhuset”, the first passive kindergarten in Denmark in the municipality of Hoje Tarstrup. In 2008 he was granted the title of MAA Arkitekt by the Danish Association of Architects.
Apart from his architectural education, he accomplished Executive MBA studies at the Polish Academy of Sciences in Warsaw and Vienna Institute for Economic Studies. His thesis “Total Quality Management in the Architectural Studio” was created in cooperation with Professor Andrzej J. Blikle, Ph.D.

He is engaged in social activity. He conducted workshops for students of architecture, „Kindergarten project” organized by Young Culture Foundation „Hopsiup Projekt”, the co-author of the educational program for children „Compass for schools” organized by CSR Compass Foundation, which supports education in sustainable development.