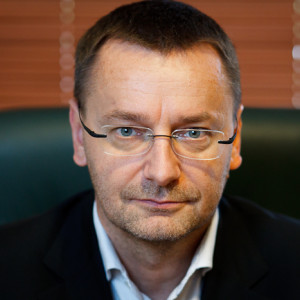 An economist, a graduate of the Warsaw School of Economics (SGPiS) from the Department of International Trade. A scholar of the European Commission (Brussels, Lisbon). Former member of the Financial Commission of the Stefan Batory Foundation. A co-founder and a member of the first Board in the Polish Association of Business Economists. He won twice the National Bank of Poland and daily Rzeczpospolita competition for the best macroeconomist forecaster of the year.

He worked in the Science Foundation - Center for Social and Economic Research (CASE). From 2000 he has been engaged in the commercial sector as a Chief Economist – starting in Westdeutsche Landesbank, and in 2001-2006 - at BRE Bank. Since 2006 Chief Economist at the Polish Business Roundtable.

From February 2006 Janusz Jankowiak has been running his own research and consultancy company - “JJ Consulting”. He was deputy chairman of TFI Esaliens. He is a chairman of the Supervisory Board of the „New World Alternative Investments” Brokerage House. He was adviser to the vice-PM Jerzy Hausner and a member of the Group of Strategic Advisors of the Prime Minister Donald Tusk. Awarded the Knight’s Cross of the Order of Polonia Restituta.