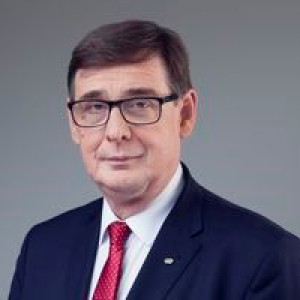 Mr Krzysztof Mamiński has been associated with the rail industry for nearly 40 years.

He graduated in economic studies from the University of Szczecin and completed postgraduate studies on the European model of management at the Kozminski University.

In 1998-2002 he was a member of the management board of Polish State Railways with responsibility for restructuring and human resources. From 2001 till 2012 he was the President of the Rail Employers’ Federation, and from 2002 to 2012 he was CEO of Natura Tour Ltd. – a travel company related to PKP.

From 2012 to 2013 he held the position of the PKP JSC management board representative for social dialogue in the PKP Group. For the next three years he was the President of PKP Group CS Training and Consulting Ltd. From April 2016 he held a position of the CEO of Przewozy Regionalne Ltd., the polish largest provider of regional railway transport services. In March 2017 he was appointed the CEO of PKP JSC.