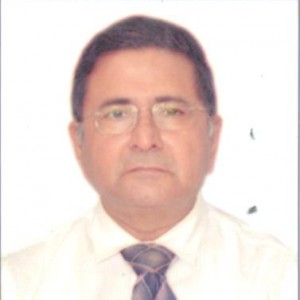 • Graduated law from Nagpur University in 1978 and after initial period of two years legal practice, appointed as Government Pleader to represent State of Maharashtra in Civil Court and then was appointed as State Police Prosecutor between June 1984 to March, 1988.

• Thereafter was deputed to High Court of Judicature at Bombay as Registrar (Personnel & Protocol) between March, 2007 to January, 2010 and then deputed as Registrar, Judges (Protocol & Administration) in Supreme Court of India, New Delhi from May, 2010 to May, 2014.

• Appointed as Principal Law Secretary & Remembrance of Legal Affairs, with Government of Maharashtra, Mantralaya, Mumbai from 11th August, 2014 to 01st August, 2015. After superannuating from the active services, got appointed as Presiding Officer, Mumbai University & College Tribunal, between 03rd August, 2015 to 27th April, 2016.

• Presently, working as Member, Maharashtra State Human Rights Commission, Mumbai, which primarily deals with the cases/complaints against public authorities, resulting into violation of human rights of the persons in general.