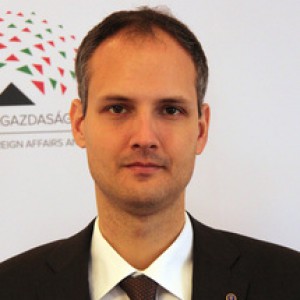 Márton Ugrósdy is the deputy director for strategy at the Institute for Foreign Affairs and Trade in Budapest, Hungary. His research interests cover transatlantic issues, energy security, and US foreign policy in Central and Eastern Europe.

Before joining IFAT in early 2015, he worked at various assignments, including numerous EU projects, the public service and also in the academic sector. He served as the editor-in-chief of Kitekintő.hu, Hungary’s only thematic news portal dealing exclusively with international relations for seven years, where he also led the North America column.

Márton is a graduate of Eötvös Loránd University in Budapest with a major in political science, where he also received the prestigious Republican Scholarship for academic excellence twice during his studies. He currently works part-time as an assistant lecturer at the Corvinus University of Budapest.

He is an alumnus of the Hungarian-American Enterprise Scholarship Fund, which allowed him to gain work experience at the Center for Strategic and International Studies in Washington, DC.