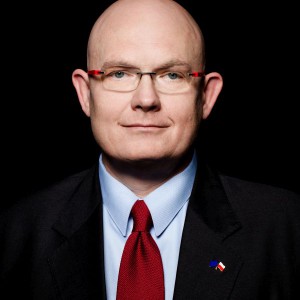 Michał Gramatyka, Vice-Marshal of the Silesian Voivodeship, has a Phd in legal science, is a legal counsel, a local government employee and a manager with an experience in the public and private sectors.

He is a court expert in the District Court in Katowice. He was an adviser in the Parliamentary Investigation Committee for determining the circumstances of Barbara Blida's death.

He has actively participated in the management of the Tychy for 15 years being the Deputy Mayor of Tychy, among other things.

In January 2013 he started working in the energy concern ENEA as the President of the Board and he was responsible for shared services center of the capital group.

In October 2015 he became the Vice President of the Board of another energy corporation Tauron Polska Energia S.A.

He gained a councillor seat running in the elections on the list of Civic Platform (PO). In March 2017 he was elected Vice-Marshal of the Silesian Voivodeship.