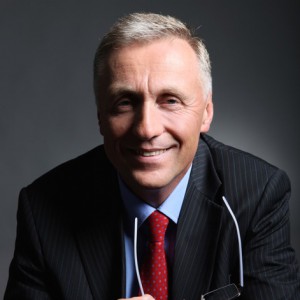 Position: Member of the Board, eustream, a.s.; Prime Minister of the Czech Republic in the years 2006–2009

Mirek Topolánek graduated from the Faculty of Mechanical Engineering at the Technical University in Brno.

He started his professional career as a senior designer in Automation and Mechanization, OKD Ostrava, later as Specialist of Measuring & Control Systems in Energoprojekt Praha. From 1991 to 2003 he became Executive Director, later Chairman of the BoD at company VAE, a.s. (EPC Company in Energy Sector).
In 1996 he started his political career as Member of Czech Parliament.

From 2006 to 2009 he was the Prime Minister of the Czech Republic. In 2009 he was President of the European Council. In this year he was actively involved in solving the gas crisis and had organized 1th Southern Corridor Summit.

After leaving high politics he has been active in energetics business and educational activities.
In 2011 he was elected the Chairman of the Association for the District Heating of the Czech Republic (ADH CR). He is also Chairman of the Supervisor Board of the Opatovice Power Plant. From 2013 to 2014 he was appointed as the Director for Development & Foreign Relations in company NAFTA Bratislava.

Since November 2014 he has held position of the Director of International Development and Public Affairs Director in Slovak TSO Eustream. Since 11 August 2015 he has been a Member of the Board of Directors of Eustream.