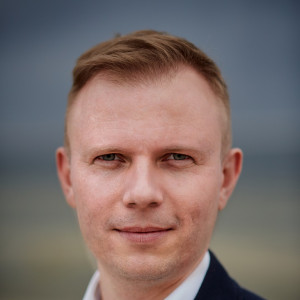 Paweł Jakubowski, the President of the Management Board of Polskie LNG S.A. which is the operator and owner of President Lech Kaczyński's LNG Terminal in Świnoujście. He has worked in energy sector since 2007, first as an expert in charge of key natural gas supply diversification projects in Poland (e.g. LNG Terminal in Świnoujście, Norwegian Shelf gas deliveries) the Ministry of Economy. From November 2007 to January 2009, Mr. Jakubowski worked in Research and Development Division at PGNiG S.A. Further, Paweł Jakubowski joined TSO GAZ-SYSTEM S.A. where he has been directly involved in the development of Company's long-term strategy and owner's supervision over the subsidiary - Polskie LNG S.A. He has also been in charge of the development and implementation of the underground natural gas storage construction project.

Since January 2016, as Development Division Director at GAZ-SYSTEM, Mr. Jakubowski supervised the development and implementation of the Company's long-term investment plan in Polish natural gas infrastructure, including the Northern Gate pipeline concept through the expansion of the LNG Terminal in Świnoujście as well as the cross-border interconnectors with Lithuania, Slovakia, the Czech Republic and Ukraine and the development of the Baltic Pipe project. In the latter project, he was in charge of the open season procedure, signing the gas transmission contract and obtaining co-financing. He also supervised the activities related to the EU gas regulatory framework, international cooperation and development of LNG services business.

Between October 2017 and March 2018, Paweł Jakubowski acted as Managing Director of Polskie LNG, and later he was appointed the President of the Management Board of that Company. As Paweł Jakubowski emphasizes, the most important task and objective at his current position is to develop a diversified, competitive and integrated natural gas market in Poland and Central and Eastern Europe.
Paweł Jakubowski has graduated from Warsaw University of Technology and Warsaw School of Economics. In 2017 - 2019, he was also a member of the ENTSOG board, an organization associating gas transmission systems operators in all Member States.