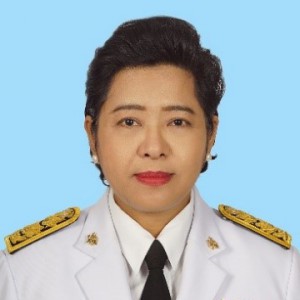 Position: Ambassador of the Kingdom of Thailand to Poland

She has one daughter and one son.

1984 - Fulbright Open Competition Scholarship Award for Graduate Studies, USA.
2003 - Received Distinguished Award and Recognition of the Government Officials of the Year from the Royal Thai Government
(while serving as Counsellor (US desk) in the North American Division) Department of the American and South Pacific Affairs,
Ministry of Foreign Affairs of Thailand, Bangkok