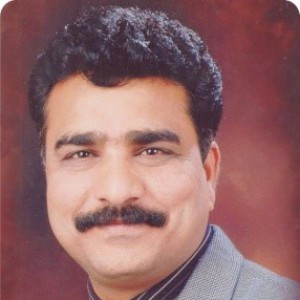 Dr. Khare is a recipient of the prestigious Fulbright Fellowship, USA, awarded in 2017. Dr. Khare was awarded Erasmus Fellow by the European Commission in 2015. Dr. Khare’s areas of expertise are national security, no-traditional security, terrorism and counter-terrorism, peace and conflict resolution and human rights.

Dr. Khare holds a number of Administrative and Governance positions. He was a member of the Working Group on Higher Education Planning Commission for framing the 12th five year plan on higher education, Government of India. He is also a life member for various professional organizations in India. He is the Chief Editor for the International Journal for Social Sciences and Global Security. A number of books have been published to his credit and research projects completed.

1.     Selected for the 2017 Fulbright –Nehru International Education Administrators Seminar (IEAS) in the US by the United-States India Educational Foundation .

5.      Invited to attend  the “Erasmus Mundus Training Week” organized by the Erasmus Mundus Team of the University of Porto, Portugal from May 20 to 24, 2013

7.     Invited as  a Selection Committee Member of  the EXPERTS4Asia Kick-Off Meeting and EXPERTS I,II &III Consortia Meeting at Kasetsart University, Bangkok, Thailand from October 16 to 18, 2013.

12.  Young Social Scientist award awarded for rare source material collection for the research work on 'Role of British Army for Social Mobilization and Its Impact on Indian Society and Culture”. Under this award, visited India House Record British Library, London, Centre for International Studies Cambridge University and London School of Economics, London  from  14 March to 22 March 2009, the United Kingdom.

13.  Social Scientist award for the research work on ' A Comparative Study of India- France Counter Terrorism Mechanism' under the Indo-French Social Scientist Exchange Programme, 2008 nominated to visit Paris (France) by the University Grants Commission, New Delhi, from October 15 to November 15, 2008.

15.  Invited by US State Department for ‘US Multilateral Diplomacy’ seminar visited  Washington D.C., San Francisco, Sacramento, Fort Worth, and New York from May 6 to 27, 2004. Under this program, gave presentation and seminars in various Universities, Academic and Governmental Institutions in USA.

16.  Presented Paper on “China and India: Divergence, Similarity and Symmetry on Security” at the “Shanghai International Conference on Social Science” , held in Shanghai, China from  July 11 to 13, 2013.