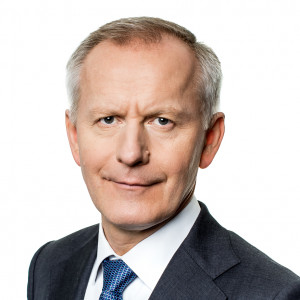 Entrepreneur and investor, graduate of the Faculty of law at the University of Wrocław.

Since 2009, Krzysztof Domarecki has been actively investing in the Venture Capital funds market. His Fidiasz FIZ fund provides young businesses with financing and support from an experienced team of experts in terms of competency development, marketing and launching new products or services on the market, followed by international expansion. In addition to VS investments, Krzysztof Domarecki has been associated with the construction chemicals industry for over 25 years.

In 2020, Selena Group received the title of  ‘Hidden Champion”, “Forbes Diamond” award for Selena Labs as well as the accolade of “Teraz Polska” for foam-adhesives Tytan Professional 60 SECONDS  In 2016, Selena’s founder was awarded the “Bene merito” medal by the Minister of Foreign Affairs in recognition of his activity to strengthen Poland's international position. In May 2019, he received the Medal of Poland’s 100th Independence Anniversary from the Polish Prime Minister for building a civic community and economic prosperity of the country. He also received many honours and titles, for his business activities including:

• an award from the Mayor of Wrocław for “placing Wrocław economy in a global network of connections, and creating a recognisable company brand”,

• a distinction in the “Businessman of the Year” contest (the category of “Social Responsibility”), organised by Ernst & Young and monthly magazine “Nowy Przemysł”,

• the Wektor 2017 award, granted by the Employers of the Republic of Poland to the persons who are role models in setting directions for development of the Polish economy,

• the “Personality of Lower Silesia” award in the “Business Stars” competition as part of the Lower Silesian.