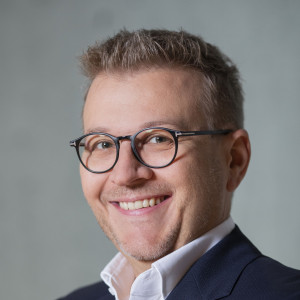 Adam Niewiński is a Co-Founder and General Partner of OTB Ventures. Graduated from the Warsaw School of Economics and is also an Alumni of Stanford University – Graduate School of Business. Before OTB, Adam was the Founder and CEO of Expander (Poland) as well as Co-Founder and Board Member of Platinum Bank (Ukraine).

Adam started his professional career in 1997 at The Boston Consulting Group. From 2000 he built a team and acquired financing to establish Expander, which became the first Polish FinTech. From 2002 to 2017 Adam was associated with the UniCredit Group, where he was leading investment banking and wealth management in CEE. Following this, he became CEO of Xelion Investment House, which he successfully relaunched to become a leading platform for Personal Financial Advisers.