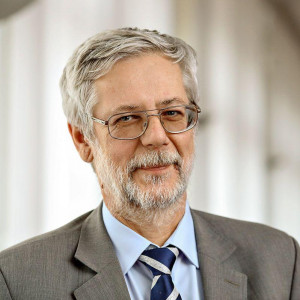 For 30 years he has been creating solutions for the economy based on innovations and advanced technologies, combining engineering knowledge with experience in economic processes. In 1989 he led a team preparing a pioneering programme of market-based telephony development in rural areas for the Commission of the European Communities (ECU 6 million). He advised the Latvian Government on privatisation and the Flemish Regional Government on the activation of multimedia services. With American investors, he set up a company to manufacture PABXs. At the Adam Smith Centre he headed the eEconomy Institute. He served as President of the Management Board of Exatel S.A. (2007/8). Undersecretary of State in the Ministry of Economy (2007). Lecturer at the Institute of Telecommunications, Warsaw University of Technology (1993 - 2012). Undersecretary of State in the Ministry of Energy (2016-2018) responsible for electro-energetics, renewable energy sources (concept of prosumers and energy clusters development) and nuclear energy. Initiator of modern LTE450 communications for the energy sector. Vice President of PGE Systems (2018 - 2020). Since May 2021 Principal for critical networks in Cellnex Poland.