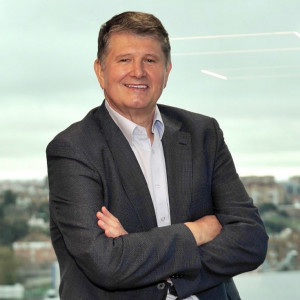 COO of OW Ocean Winds since inception of the company in 2020, has a Ph.D. in Environmental Engineering and followed numerous executive education management programs at INSEAD and LBS.

He was a lecturer at Politechnika Slaska, (Silesian Technical University) and was founder and CEO of CITEC Ltd, which he later sold to Tractebel Engineering, remaining in the company for eight years.

He then moved to energy, becaming first the CEO of Electrabel Polska and then head of the region and finally member of the Executive Committee of GDF Suez Energy Europe.

He was appointed Executive Vice-President of Innovation, Marketing and New Business at ENGIE in 2014. In 2017 he became Managing Director of Centralized Power Generation at ENGIE where he was responsible for the fleet management of +100GW of renewable and thermal power assets globally as well as capital allocation.