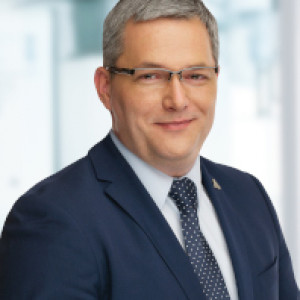 For over 20 years he has been professionally associated with the local government. Since 2010 the Mayor of Będzin.

A graduate of the Faculty of Management at the University of Economics in Katowice specializing in marketing on domestic and foreign markets, European project management and IT in management and marketing. Moreover, he finished postgraduate Executive MBA studies at the WSB Academy.

He is the Deputy Chairman of the Silesian Union of Municipalities and Poviats.

During the General Assembly of the Association of Polish Cities in 2018, he was awarded the title of "2017 Local Government Officer of the Year". In 2020 nominated by the European Center for Economic Development for the Man of the Year economic award.

His greatest passion is working for the benefit of the local community. Always active, deriving a lot of pleasure and satisfaction from his job.