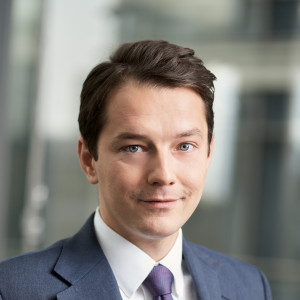 He has almost fifteen years of experience on the capital market, which he has gained by participating in projects in Poland, Great Britain and the United States. He started his career in London, at Thomson Reuters, where he was involved in the development of the market for the valuation of structured products (asset-back securities) and derivatives on currencies and interest rates in Europe and the United States. In the following years, he has built his experience in London in the area of money management and investments of wealthy clients in the private investment boutique Alvarium (formerly JL Capital).

From 2013, he has worked at Trigon in Warsaw, focusing on M&A transactions, financing, refinancing companies using loans and bonds (on private and public markets). From 2016, he has worked for Deloitte, specializing in raising capital (debt and equity) for companies and projects on domestic and foreign markets, and in financial restructuring of companies. Graduate of the Warsaw School of Economics and University of International Business and Economics in Beijing. He has also studied finance at Stockholm School of Economics.  In 2010 he obtained the CFA charter.