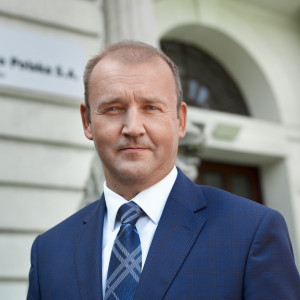 Position: Member of the Management Board

Is a graduate of the Railway Transport Faculty of the Silesian University of Technology. Moreover, he has successfully accomplished postgraduate studies also at Silesian University of Technology in Gliwice in the field of Integrated Safety System in Railway Transport. He has been connected with the railway industry since 1994. He started his professional career in PTK Holding on the position of a specialist. In 2007, he was appointed Board Member for Transports in PTK Holding S.A. After the company had been taken over by the DB concern, he took the position of Product Management and Sales Support Director at DB Schenker Rail Polska and in 2010 – Director of Transports which he has been holding for the next two years. In 2012 he became Director of Operations and in April 2014 – Director of Sales Office. On 1st January, 2015 he took the position of Board Member for Sales, DB Cargo Polska.