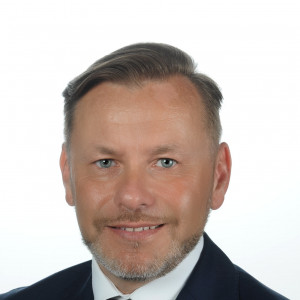 Rafał Szmytke is a graduate of the University of Physical Education in Warsaw, and the Faculty of Law and Administration of the University of Warsaw, who also received the title of Master of Business Administration from the Rotterdam School of Management. He gained experience in managerial positions at the Office of Physical Culture and Tourism, the Ministry of Health, and as a researcher at the University of Physical Education in Warsaw. In the period, 2001-2016, he worked for the Polish Tourist Organisation, and from 2008 to 2016, he was its president. He has been using his knowledge of the hotel industry while working for Polski Holding Nieruchomości (PHN) as a Hotel Project Manager. He has also been the Supervisory Board Chairman of the Polish Agency for Tourism Development and the Tourism Education Center, as well as the Plenipotentiary of the Minister of Treasury at the Institute of Tourism.

He has been associated with tourism for years, not only professionally, but also socially. He was the co-organiser of the National Rally “Palmiry”, and the chairman of the Sports Centre for Survival and Exploration. He has published numerous publications in the field of qualified and adventure tourism. Currently, he is the Prorector at the Vistula School of Hospitality in Warsaw.