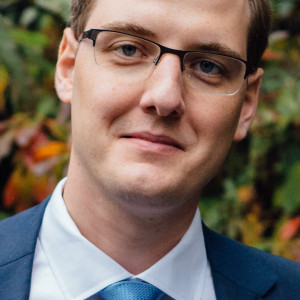 An EU affairs professional with 13 years of work experience in Brussels – as an assistant to the President of the European Parliament, and since 2012 - as an adviser to Jerzy Buzek, member of the Committee on Industry, Research and Energy.

He has extensive expertise in energy, climate and industrial policies of the EU. During his career he has been involved in elaborations and negotiations on substantial number of key EU legislative files in these fields - including the ETS Directive, the Just Transition Fund Regulation, proposals for the EU Electricity Market Design, the Security of Gas Supply Regulation, the Gas Directive and currently - the Hydrogen and Gas Package.

Since 2014, he has been supporting Jerzy Buzek in his activity as President of the European Energy Forum, which brings together MEPs, as well as representatives of EU institutions, Member States, the energy sector and the energy-intensive industry.

Privately, he is a vice-president of the “Polska Fala” charity foundation.