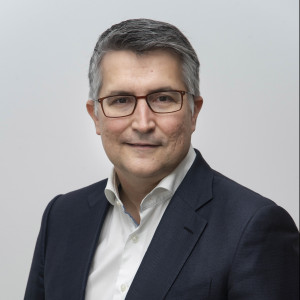 Managing Director Poland, Member of the Management Board, Cellnex

Santiago Argelich Hesse is Managing Director of Cellnex Poland, appointed in January 2021. He joined Cellnex at the beginning of 2018 as Senior Advisor UK & CEE Business Development and, shortly after, promoted to Global Business Development & Country Coordination Director, responsible for leading Cellnex's business development rally across Europe. His role was to scout and negotiate telecom infrastructure acquisitions across Europe (Spain, France, Italy, Switzerland, Netherlands, Portugal, Ireland, UK, Finland, Denmark, Sweden and finallyPoland) and steer the business governance across all subsidiaries. Since 1995, Santiago has been involved in the telecommunications and digital sectors, holding various executive and independent board member roles at international groups in France, UK, Spain, Andorra, Algeria and Ukraine.
He holds a master's degree in industrial engineering from the Polytechnical University of Catalunya. He is a certified company director by The Institute of Directors and completed postgraduate studies in international strategy at the London School of Economics and Political Science.