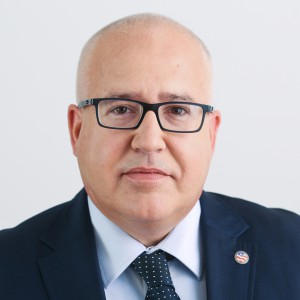 Position: Chairman of the Board of Directors

Chairman Tony Housh is a multi-term member of the Board of Directors of the American Chamber of Commerce, he was elected Chairman of the Board in January 2015 and was re-elected in 2017. In this role Tony serves as an advocate for trans-Atlantic investment, trade and security issues for over 330 companies with over 42 billion USD deployed in Poland.

Tony Housh has over two decades of high-level government affairs, management and investment experience in Poland and Central Europe. He has advised clients in a range of sectors, including defense, aerospace, pharmaceuticals, financial services, ICT, and energy. A recognized authority on investment and trade issues, he regularly speaks on Polish media outlets and has published numerous articles on investment, innovation and security.

In the 1990s he was the US Treasury officer responsible for technical assistance in the financial institutions sector in Poland later became the Director and head of government affairs at the American Chamber of Commerce. He served from 2000 to 2009 as a non-executive director and audit chairman of a NASDAQ and Warsaw Stock Exchange listed company, is a past executive committee member of the Fulbright Commission, a alumnus of the Salzburg Seminar and a former political campaign director. He has participated as member of the body of experts at the Polish Presidential Forum on Public Debate an as an advisor to the World Bank on innovation and smart specialization.

He was the long time principal of CGC Advisors in Warsaw and also served as a senior counselor to the international strategic advisory firm APCO Worldwide from 2008 to 2018. (Washington, DC

He was awarded Poland’s highest civilian award, the President Medal of Honor (Knight’s Cross) in 2014 for services to the Republic of Poland’s economic transformation.