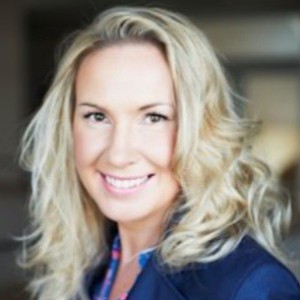 Position: Counsellor to the Minister

Economist, a graduate in marketing and management at Warsaw School of Economics in Poland. Her experience got enriched during her stays abroad. In Germany, she was charged with conducting business research on Polish market. In Spain, being responsible for market analysis, she was commissioned to examine opportunities for getting a global Canadian company into Central and Eastern European markets.

Twice was she involved in organisation of Climate Change Conferences for United Nations.
In 2013 she held the post of the Head of the Organisation COP19 responsible of the governmental relations, security, venue production, promotion and city cooperation. In 2008, she was the Coordinator of Promotion and Information Division at the COP14 team in the Ministry of the Environment, being responsible for coordination of promotion, education and information about Climate Change. Creator of the three social campaigns about climate change.

Moreover, she is the inventor of GreenEvo – Green Technology Accelerator. The project, headed by Ms Agnieszka Kozłowska-Korbicz since 2009, aims to transfer the best Polish green technologies worldwide, as well as share our experiences and knowledge, and to build international pipeline through B2B meetings. GreenEvo is a brand of Ministry of the Environment which guarantees that the promoted technologies have been thoroughly checked and that they are of the best quality. She is also the National Designated Contact Point of Climate Technology Centre and Network (CTCN), UNCCC

Currently, Ministerial Counsellor at the Ministry of Energy, implements the new model of export polish innovative technologies and promotes electromobility in Poland.

Privately, she is a happy mom who enjoys dance theatre as well as extreme sports.