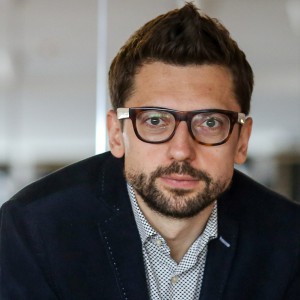 Co-creator and CEO of an ecosystem of startups and changing corporations, the leader in CEE – Business Link. His vision is to create in CEE a new economy model based on lean corporations being competence hubs supported by thousands of startups and creating 3 unicorns until the year 2020.

Academic Business Incubators – the biggest network of 56 business incubators in Europe, located at universities all over Poland.

AIP Seed Capital – supports startups at the early stage; so far, it has invested in more than 100 projects like Glov. bValue Fund – investing in startups at a further stage of development.

For his activity, he has been awarded the Golden Cross of Merit by the Polish President. Winner of Business Centre Club Special Award and the so-called Kisiel Prize (Polish: Nagroda Kisiela).

Darek enjoys gliding flights and diving, he is a keen skier, and he runs marathons in less than 3:15.