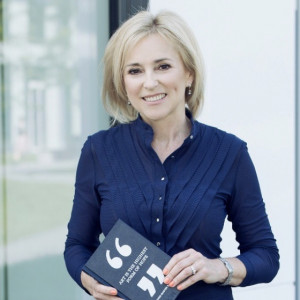 Dr Ewa Łabno-Falęcka: graduated of the Jagiellonian University (German Philology), PhD in comparative studies at the University of Tübingen. Worked at universities in Poland and Germany (Jagiellonian University and the University of Tübingen). In the years 1993-1999 she was a councelor for culture at the Polish Embassy in Bonn / Germany). From 2000, she has been responsible for communication and external relations in the Daimler AG Group in Poland (Mercedes-Benz Polska and Mercedes-Benz Manufacturing Poland). Editor-in-chief of the "Mercedes Me" quarterly.

Winner of the most important marketing and industry awards, including "Golden Arrow", "PRotony", "Thinking Outside of the Box" (twice). Finalist of the European Excellence Award; Grand Prix in the "Businesswoman of the Year" competition (2016).

Awarded by the Minister of Infrastructure "For Merit for Transport of the Republic of Poland" (2014). Member of the Council of Brands of Superbrands and the Program Council of the Congress of Women.