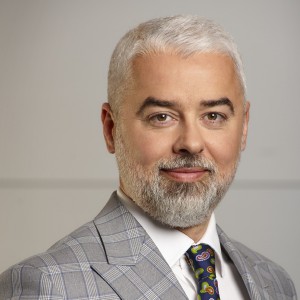 Gheorghe Marian Cristescu began his adventure in the hotel industry over 20 years ago. Before joining Chopin Airport Development (CAD), he gained professional experience working in Poland for several international companies, which included 3 years at the Radisson chain, over 10 years at Accor Hotels, and then over 4 years at Best Western. In February 2015, Cristescu was named Director for Poland and the Baltic Countries, Best Western International.

In April 2016, Gheorghe Cristescu became Chairman of the Board of Chopin Airport Development – a company established by State Enterprise “Porty Lotnicze” (PPL), whose mission is to carry out investments located near to airports. CAD is the investor, operator and administrator of existing buildings and investments realized from beginning to end. As a franchisee of the world’s hotel chains such as Marriott, Hilton and Best Western, CAD currently manages five hotels located in Warsaw, Gdansk and Hel Peninsula. Two hotels in Katowice and Poznań are in the construction phase.

Since September 2017 Cristescu has been holding a position of the President of the Social Tourism Council at the Ministry of Sport and Tourism. He himself has won several awards, including “Personality of the Year 2012”, granted by the magazine Hotelarz; “Man of the Year" in the Prime Property Prize 2012 plebiscite; and “Hotelier of the Year 2013”, an honor bestowed upon him by the portal HRS. As the unquestioned leader and specialist of the hotel market in Poland, he regularly appears as a panelist in the most important industry events.

In addition to his professional work, he is interested in sports, history and geography. He fluently speaks Romanian, Polish, English and Spanish.