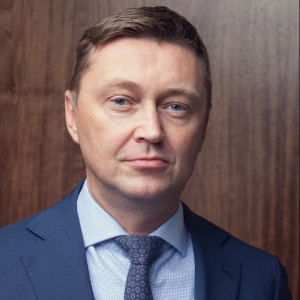 Since December 2010, Jacek Czerniak has been heading up Global Subsidiaries Group (GSG) business in the Corporate & Commercial Bank Sub-Sector in Bank Handlowy w Warszawie SA in Poland, having been appointed as Citi Managing Director in December 2012. He is Business Senior Credit Officer since 2016. He is also Member of Supervisory Board of Dom Maklerski Bank Handlowy and GSG EMEA Operating Committee.

Jacek started his professional career in 1995 in MBank (BRE) bank branch in Katowice (subsidiary of Commerzbank AG) as a Credit Analyst. In 1996 he joined Citibank (Poland) in Katowice branch as Relationship Manager.  After 3 years Jacek was assigned to establish our Corporate Banking business in newly opened branch in Krakow. During the merger with Bank Handlowy in 2001 he was appointed as Regional Corporate Bank Head and Industry Head for Coal and Steel in Katowice Region.

Between March 2005-July 2007 Jacek was responsible for Central-Eastern Region (SME, MME and GRB) in Commercial Bank and between July 2007 - Nov 2009 for Middle Market and Public Sector segment in Local Commercial Bank.