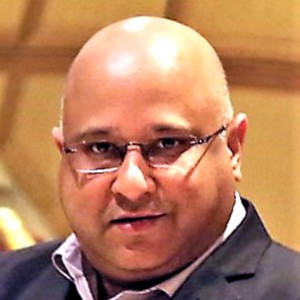 Position: Honorary Consulate of the Republic of Poland in Kolkata

Joydeep Roy is the Chief Consular Officer of the Honorary Consulate of Poland in Kolkata, India since 2006. His primary focus of work has been to promote, develop and strengthen the relationship between Poland and West Bengal. Through the Honorary Consulate, he coordinates–supports all the Polish Missions and Ministerial visits to Kolkata. Additionally, he has played a crucial role towards success of two high-powered Polish Delegations that attended the Bengal Global Business Summit (BGBS) during January 2017 & 2018 respectively in Kolkata. He also was involved in assisting and supporting the visit of Mr. Donald Tusk, the then Prime Minister of Poland in September 2010 to Bangalore, India.

He is also the Secretary General of EO Kolkata, which is part of Entrepreneurs Organization (EO), a global peer-to-peer body of entrepreneurs with around 180 Chapters in 54 countries. EO comprises of 13,000 plus members, all of whom are extremely successful entrepreneurs and typically leaders in their field of business. He is associated with EO since 2004.

Joydeep runs his own Consulting outfit: J R Advisory Services - which focuses on Public Relations, Corporate Advisory and Business Consulting. Additionally, he is an Advisor to several Companies, Institutions, etc. both at the State as well as national level. With over 30+ years of multidimensional work experience and expertise, he has been involved with several important projects in diverse functional areas.

Joydeep holds a MA in Public Administration, a Post Graduate Diploma in Public Relations & Diploma in Industrial Psychology. As self-made man, he loves to share the learning experiences of his life and lectures selectively on “motivation” and “Public Relations”.