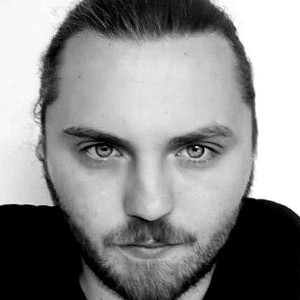 Position: Deputy Chairman of the Board, Creative Director, Co-Founder

Since 2001 he has been professionally involved game and battlefield simulators development.

In his long professional career he cooperated with leading Polish studios: People Can Fly, CD Projekt, City Interactive; and cocreated world-class projects like "Painkiller", "The Witcher", "Two Worlds II", "Necrovision", "Deadfall Adventures" and "Get Even".

In 2005, he founded together with a group of colleagues their own company - The Farm 51 - which since has been producing computer games for PC platforms, Microsoft and SONY as well as VR / AR applications dedicated to B2B / B2C markets. In 2012, The Farm 51 Group SA entered the Warsaw Stock Exchange and it achieved the status of a leading development studio in Poland in the following years.

Since 2003, Kamil has been closely cooperating with universities, e.g. PJWSTK, the University of Silesia, the Silesian University of Technology and the University of Business. In 2013, he began to cooperate with Polska Grupa Zbrojeniowa, a Polish arms industry company, and developed innovative R&D programs dedicated to the armed forces, especially for the training of special forces.

Later, in 2016, Kamil Bilczyński and The Farm 51 became the winner of the first edition of the GameINN sector program, addressed to research R&D programs in the field of innovative visualization and simulation techniques - taking the first place in the competition and obtaining a grant for constructing an innovative combat field simulator for the army. A year later The Farm 51 again obtained funding for another project called AUGOT - a set innovative player creation tools (UGC) with the use of the synergy between the mobile environment and virtual reality.

Kamil Bilczyński is the Creative Director and Head of Research and Development in The Farm 51 - he manages key teams involved in the development of research projects and online games.