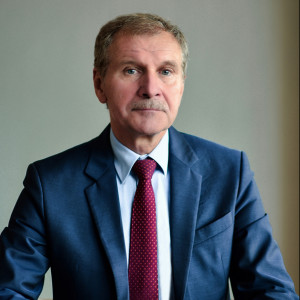 Position: Cybersecurity Expert, Undersecretary of State in the Ministry of Digital Affairs of Poland in the years 2017–2018

Since 1992 he is working at the NASK Institute, Warsaw, Poland. Currently as a Director for Cybersecurity Capability Development and Cooperation. In 2017-2018, he was holding a position of Undersecretary of State in the Ministry of Digital Affairs responsible for the cybersecurity. He is also involved in the work of the European Union Agency for Network and Information Security (ENISA). He is a member of ENISA Management Board (since 2004) and Executive Board (since 2013). In 2016 he became a Vice-Chair of the ENISA Management Board.

Krzysztof Silicki is a founder of CERT Polska, first incident response team in Poland. He was representative in FIRST (Forum of Incident Response and Security Teams) (1997-1999).

Krzysztof Silicki has been also the originator and Program Chair of SECURE annual conference – first IT security conference in Poland. As Technical Director in NASK he was responsible for network technology and IT systems development in many areas: IP, wireless, datacenter technology, security as well as he was initiating and supervising innovative projects like ARAKIS early warning system.

He is an author of many publications in Polish IT press as well as domestic and international conference materials, concerning telecommunication networks and ICT security. He was involved in creation of the strategy and work programme of ENISA for more than 10 years and has been participating in many European and Polish projects as an expert in NIS (network and information security).

During his mission in ministry, Krzysztof Silicki was leading the process of preparing draft of national cybersecurity act implementong NIS directive. He shares his expertise with communities also by giving presentations and lectures during conferences, workshops and trainings in Poland and abroad.