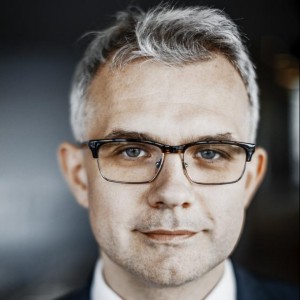 Position: acting Chairman of the Board, Chief Strategy and Development Officer

Mateusz A. Bonca has many years of international experience in providing management and strategic advisory services to leading industrial and financial companies in Europe, Africa and the Middle East.

A graduate of the Warsaw School of Economics, he also studied at Al Akhawayn University in Morocco. Mr Bonca has a PhD in economics, obtained from the Kozminski University in Warsaw in 2009, and has authored numerous publications and papers presented at international conferences.

In 2004–2010, he carried out international projects at McKinsey & Company. In 2010–2012, he served as a manager at Peppers and Rogers Group Middle East in United Arab Emirates. In 2012–2016, Mr Bonca was a director at Deutsche Bank AG in Frankfurt am Main. In the past, he was also an intern at Deloitte & Touche and MARSH.

He speaks fluent English, has a good command of German, and basic knowledge of Classical Arabic and Moroccan Arabic.