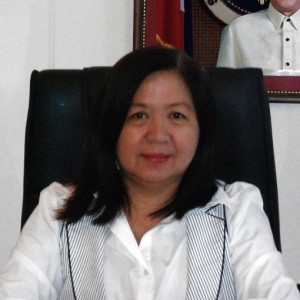 Position: Ambassador of the Republic of the Philippines to Poland

Prior to this, she served as Assistant Secretary for American Affairs at the Department of Foreign Affairs (DFA) from July 2010 to 2012. In this capacity, she was in charge of overseeing and managing Philippine relations with the United States, Canada, Brazil, Mexico, Argentina, Chile, Colombia, and the rest of the countries in Central and South America.

She was also detailed to the Office of the President as Presidential Assistant for Foreign Affairs from November 2008 until June 2010.

During her posting at the Philippine Embassy in Washington, D.C. from June 1999 until 2008, she served as Minister for Political Affairs and Minister for Politico-Military Affairs, Press and Information and Cultural Officer and Consular and Administrative Officer.

She also worked as Principal Assistant at the DFA's Office for Consular Affairs and was detailed to the Office of the President as Executive Assistant to the Presidential Adviser for Foreign Affairs from 1997 to 1998.

Ambassador Paez served as Special Assistant to the Secretary of Foreign Affairs, headed the Legislative Staff of the Senate Committee on Foreign Relations, and was Secretary-General of the Center for Strategic and International Studies of the Foreign Service Institute. She was also Professor in Political Science at the University of the Philippines and had published a book "The Bases Factor: The Realpolitik of RP-US Relations" and several articles.

In 2013, she was chosen by the San Francisco, USA-based Filipina Women’s Network (FWN) as one of the “100 Most Influential Filipina Women in The World”.

Ambassador Paez is a single parent with two sons, one of whom is a college student, and the other, in medical school. (END)