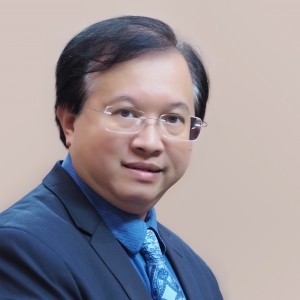 Assoc.Prof.Dr. Ta Quang Dong graduated piano performance Bachelor and Master degree at Gnessin Rusian Academy of Music (Russia) under the guidance of Prof. N. Emelianova, V. Bunin, B. Berlin, T. Rusanova, T. Susico and later was his Ph.D at the same institution. In 2005, he received Ph.D in Economy at Russian Academy of Science. He was honored as Associate Professor by Vietnamese Government in 2013.

He is director of Ho Chi Minh Conservatory of Music from 2016. His students have won nearly 20 high awards in international competitions in Vietnam, Singapore, Thailand, Korea, France, Italy, Austria, Russia and Serbia.