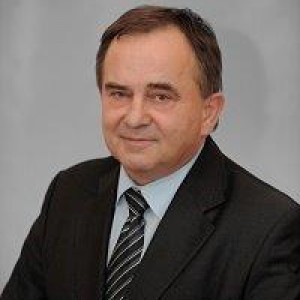 Initiator and author of numerous activities promoting the development of Katowice and Silesian Voivodeship. Staunch supporter of interregional cooperation in Europe and Poland, especially cooperation between Silesia, Małopolska Region, Opole Voivodeship, Ostrava Region, Northern Moravia Region of Czech Republic and Žilina region in Slovakia. Active participant of the socioeconomic process of reconstruction of Silesia, co-author and co-initiator of the works on the Regional Contract for the Katowice Voivodeship in 1992 – 1997, in result of which were created Upper-Silesian Agency for Entrepreneurship Development Co, Upper-Silesian Agency for Entrepreneurship Promotion Co, Upper-Silesian Aviation Group, the Route Bypass, Upper-Silesian Fund Co.

Since 1990, President, co-founder of the Chamber of Commerce and Industry in Katowice, which is presently one of the biggest and most vibrantly functioning economic self-government organization in Poland. The Chamber’s greatest enterprises include: The Silesian Quality Award Competition, The Laurels of Abilities and Competence and The European Congress of Small and Medium-Size Enterprises. Since 1993, Vice-president of the Polish Chamber of Commerce, on behalf of which he acted as a member of the European Economic and Social Committee in Brussels in 2004 – 2006 and of the Commission on Industrial Change in Brussels in 2004 – 2010.

In 1997 – 1998 – Chief of the Political Cabinet of the Minister of Economy in the government of Jerzy Buzek, 1998 – 2001 – Undersecretary of State in the Ministry of Economy. Since 2002 member of Steering Committee of Regional Innovation Strategy Silesian Voivodeship.