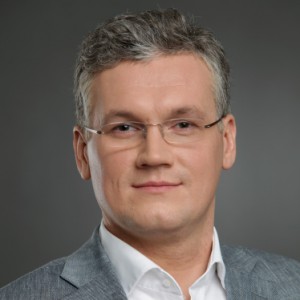 Tomasz Kosik joined Emerson in 1999. Since 2005 he has been leading power generation industry segment in Poland and Baltics, and later in Central and Eastern Europe. From 2012 he was responsible for the cooperation with European Strategic Accounts and later became Marketing Director for Power Generation segment in Europe. From 2015 he held the position of Director, Industry Solutions in European Strategic Sales organization, being responsible for main customers program across several industries. In 2016 he took over General Manager’s position for Poland, Baltics and Ukraine region of Emerson Automation Solutions.

Tomasz Kosik is a graduate of Warsaw University of Technology, School of Mechatronics. He also holds MBA degrees from Leon Kozminski Academy in Warsaw and Warsaw School of Economics.