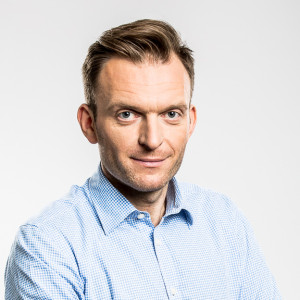 From April 2018 as the vice-president of Publishing Product in Wirtualna Polska Media SA. He is responsible for the development of journalism and publishing products, as well as for e-commerce, WP TV and B2C marketing. He joined the company in November 2016, taking the position of Managing Director of Information and Business in WP. A few months later he became the vice-president of Wirtualna Polska for publishing.

He started working as a journalist in 1997 at the Super FM station. The next stages of his career was Radio Eska and reporter work in the Polish Section of the BBC in Warsaw.

In 2001, he was in the founding team of TVN24 and in the team building new TV Polsat Events, where he worked from 2004 to 2011 as a political reporter. He also ran Morning Graffiti at Polsat News. He cooperated with weekly Wprost and Newsweek Polska.

From 2011, he co-founded the website naTemat.pl, where he was the editor-in-chief until October 2016. He was also the president of the companies controlling the group.