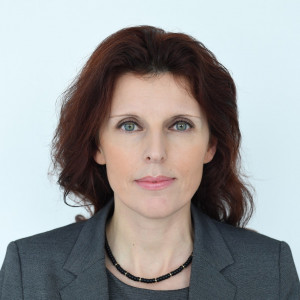 Position: Tec de Monterrey University, Ambassador of the Republic of Poland to Mexico in the years 2014–2018

Beata Wojna is a lecturer in International Relations at Tec de Monterrey University (Mexico City), commentator on international issues and columnist (El Heraldo de México). She combines her passion for international relations with business activity, being a founding partner and director of Mexican company dedicated to international trade and consulting.

She was ambassador of Poland in Mexico and Central America between 2014-2018. For his diplomatic work she obtained the Mexican Order of the Aztec Eagle and the prize of the Minister of Foreign Affairs of Poland for achievements in the field of public diplomacy and communication.

In the years 2004-2013 she worked at the Polish Institute of International Affairs (PISM) in Warsaw. In this public institution, she occupied the following posts: international relations analyst, coordinator of the European program, head of the Research and Analysis Department, and deputy director. During his professional career she wrote and coordinated several papers on international relations in the European Union, Poland, Spain and Latin America.

She studied history at the Complutense University in Madrid, Spain, where she also completed her doctoral studies and obtained the title of Doctor in Geography and History. She has a diploma on Corporate Governance.