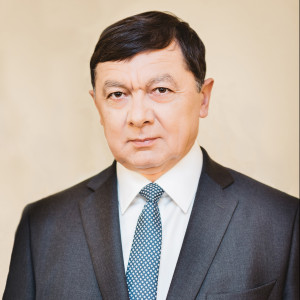 Janusz Olszowski is a graduate of the Academy of Mining and Metallurgy in Kraków, having studied at the Faculty of Mining and Geology. He also graduated from Postgraduate Studies in Aerology at the same Academy and Postgraduate Studies in Administration and Management at the Faculty of Law and Administration at the Silesian University.

Between 1980 and 1996, he was employed in underground management positions at the Janina and Halemba hard coal mines, and at the Central Mines Rescue Station, where he held the post of chief engineer and participated in many emergency rescue operations and carried out inspections of underground mines, open-pit mines and borehole mines. In 1996, he assumed the post of director of the Mining Chamber of Industry and Commerce, of which he has been president since 1998, remaining so until the present day.

Besides managing the Chamber, he also undertakes the analysis and evaluation of binding and drafted legal acts, as well as representing the Chamber within the scope of the work of governmental and parliamentary committees. His scope of responsibilities also includes issues related to economic and financial aspects of the functioning and restructuring of the fuel and energy sector, as well as issues related to clean coal technologies. He is also a member of the Supervisory Board of the Tauron Mining Company, part of the Tauron Energy Group.

Additionally, he is also a member of the Executive Board of the European Association for Coal and Lignite – EURACOAL, a member of the Steering Committee for Mining at the Ministry of Energy, a member of the Mining Safety Commission at the State Mining Authority, the Social and Programming Advisory Board of the Faculty of Mining and Geology of the Silesian University of Technology, the Scientific Councils of the Central Mining Institute and the Institute of Mineral Resources and Energy Management of the Polish Academy of Sciences, the Tripartite Team for the Social Safety of Miners, and the Mining Committee of the Polish Academy of Sciences.

He is the author of several dozen publications, expert opinions and papers delivered at national and international conferences.