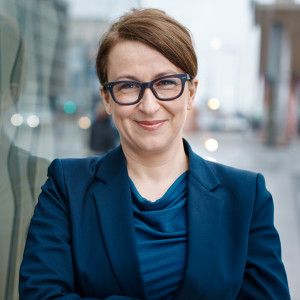 She focuses on European energy and climate regulations, electricity markets, renewable energy sources and energy transition. For three years she was the Senior Associate at Agora Energiewende – German energy transition think tank, where she was in charge for the project of energy cooperation in Eastern Europe. In the past, she worked as a director of market development at the Danish company DONG Energy (now Orsted). During the Polish Presidency in the EU Council, Undersecretary of State in the Ministry of the Environment, responsible for climate and environmental negotiations. Earlier, also at the Ministry of the Environment, she was the head of the team that carried out pilot AAU sales transactions under the Kyoto Protocol to the governments of Ireland and Spain, thanks to which Poland earned over PLN 500 million for the implementation of low-emission investments. As a head of cabinet of Prof. Maciej Nowicki COP14 President (under UNFCCC) she was directly involved in global climate negotiations. Author and co-author of many publications and articles about energy transition, power market. PhD in environmental sciences. She studied and worked at the Adam Mickiewicz University in Poznań at the University in Kiel and University in Potsdam. Winner of several international scholarships (Erasmus, KAS, DBU, MMF).